Want Kids to Read This Summer? Let Them Choose the Books 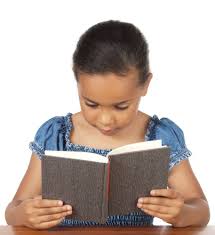 A story from Idaho News has some great advice on getting your children to read over the upcoming summer break: Let them choose the reading material.

As parents, we are sometimes so concerned about making sure our children keep up on their reading during the summer months that we load them up with books from our own choosing or that were suggested by teachers, other parents, etc. However, according to research published in 2013, kids who selected their own summer reading material ended up scoring higher on tests the following autumn.

One doctor who worked on the research makes an interesting but obvious point. Sometimes the most popular books—the ones that children gravitate toward and ultimately choose—may not be the best in literary quality. But if it’s a choice between a really good book that a kid isn’t going to pick up or a not-so-good book that a kid can’t put down, shouldn’t you choose the latter?

Here’s how the study went down:

Kids in the second grade were invited to a book fair. The kids were broken down into two groups. The first batch of kids got to select free reading they wanted to take home over the vacation break. The second batch were given pre-selected books to take home and read over the break.

When the kids returned for the start of their third-grade year, they were administered reading tests. While the second group saw no improvement in their reading scores, the first group did—significantly.

Later on, the study was broadened to include kindergarteners and first graders. Again, the kids who got to pick the books they wanted to read all had higher reading scores the when they following term commenced.

This research isn’t an anomaly. In 2014, researchers in the U.K. also found that kids who read for leisure are usually smarter. The study says children who read just for the fun of it tend to be more advanced in subjects like math, spelling and, of course, vocabulary.

One doctor says one of the best reading philosophies to adopt in the home is embracing reading of all kinds—reading for school or for fun, reading novels and picture books. Doing so will only inspire your kids to open up a book and read.